After 8 program excursions, 4 weeks of classes, immersing myself in a Spanish home, learning how to communicate between cultures, and still having time to travel around Spain and 2 other countries, I am sad that my time in Barcelona with the Boiler Up Barcelona program is coming to an end. I have gained experiences and insights into new traditions, cultures, and languages that I could never gain by sitting in a classroom in America. Before my time with the Boiler Up Barcelona program, I would have defined study abroad as traveling to/exploring a new country while completing educational courses; however, after my time in Barcelona, I would now define study abroad as:

Study Abroad = being completely immersed in a new culture and surrounded by new traditions. Gaining insight into why decisions are made or why a group responds the way they do. Altering your perception on your own culture and what you truly value most.

My study abroad experience in Barcelona has opened my eyes to what the world has to offer. By being immersed in the Spanish culture and other European cultures, my perspective on my own culture and values has changed. As an American, I grew up valuing independence, embracing your unique qualities, voicing your opinion, treating everyone as an equal, hard work, perseverance, family, and hope. Other cultures however differ in their values. For example, the dominant culture in Spain values family above the individual, nurturing and respecting others, balancing leisure and work, and religion. Although these cultures have been established in order for people to survive together in their surroundings, there are aspects from each culture that I now think people should learn about. If we as humans took the time to understand others’ way of life and reflect upon their own values with that in consideration, I believe we could learn from and help each other to achieve more than we as human have ever dreamed of. 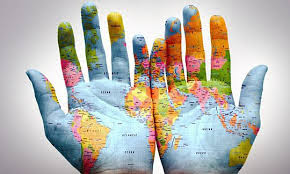 You never change things by fighting the existing reality. To change something, build a new model that makes the existing model obsolete. – Richard Buckminster Fuller

First, I believe each country should examine all other country’s economy and business structure. What works? What doesn’t? What values of those cultures allow these structures to function? How can these best practices be integrated into your own country’s structure? For example, Americans are very monochromatic, task-oriented, and analytic about their time. They believe that time is money and that something should be accomplished in every meeting. However, other cultures, such as Spain, are polychromatic, event-oriented, and holistic about their time. In Spain, a relationship must be established before completing any agendas. Spaniards believe spending time to know your co-workers or clientele will help progress business in the long run. Is either of these business models better than the other? No. They both have their strengths and weaknesses. Americans focus too much on the short-term goals and sometimes miss the importance of taking a step back to examine the future ramifications.  Spaniards on the other hand do not have a very strong determination or ‘fire under their belly’ which hinders their ability to maximize their profits.  I believe a balance between monochromatic and polychromatic will help each culture. Collaborating best practices or failed structures can help the world to always be moving forward, rather than continuing in a cycle of learning what others have already tried and grew from before. 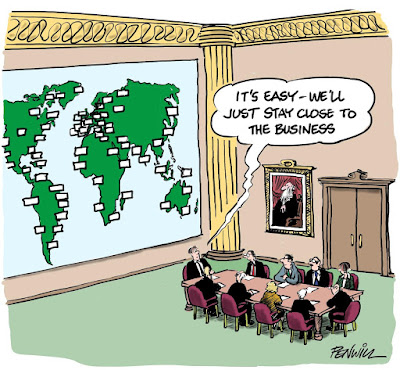 Additionally, I believe relationship values and how others are treated in each country should be examined. What does family mean to each culture? How is a relationship formed in each country? What prejudices exist in each culture? How do we use the knowledge of other cultures’ relationship structures to enhance not only your own culture’s relationships, but also global relationships? For instance, Americans value nuclear families. Children live with their parents until they are self-sustainable, grandparents, aunts/uncles, and cousins live in separate homes, and each person has their own needs and individual uniqueness. On the contrary, Spain values extended families. It is very common for children to live at home until they are married, even if they can sustain themselves. Additional family members, such as grandparents, aunts/uncles, commonly live in the same house. Again, I don’t believe there is one right culture and the other wrong, but I think there can be improvements to both. Such as, I believe Americans should be more willing to offer to fully take care of their grandparents rather than sending them off to a nursing home. But then again, maybe the extended family in Spain makes family members too dependent on each other. Maybe one sibling is always taking advantage of another siblings’ or parents’ or grandparents’ success. Finding a balance can be hard, but I think as long as we examine the values and don’t just go along with the dominant culture in our area, I believe a balance can be found.

Overall, my experiences abroad have put these thoughts and ideas into my head. I will now step into the future with a new perspective of being mindful to other cultures and how we as humans can learn and grow through each others’ experiences. As Nelson Mandela said, “Education is the most powerful weapon which you can use to change the world.”
Posted by Anneliese Smith at 3:29 PM